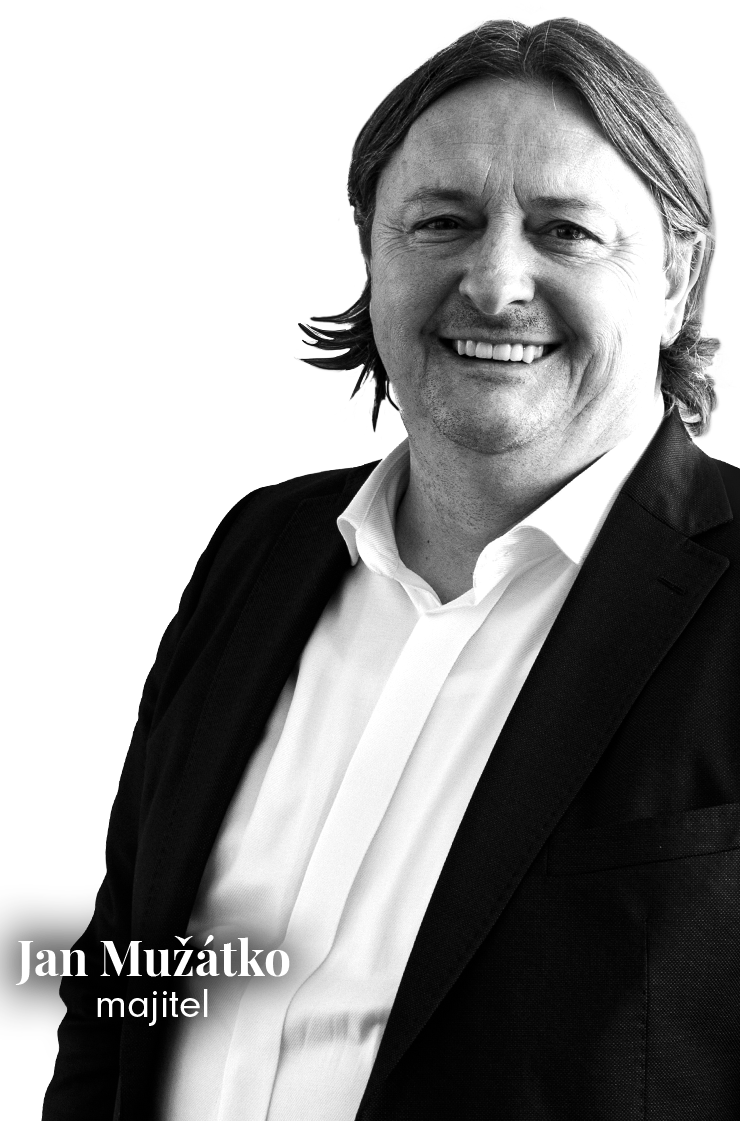 Coloseum Holding: Recipe for success with the smell of pizza

Jan Mužátko has been an integral part of the Czech gastronomic scene for more than three decades. Since 1995, when he opened the first ever Coloseum pizzeria, he has managed to build a unique gastronomic ecosystem unrivalled in the Czech Republic. From importing raw materials to equipping successful franchises to supplying hockey arenas, the Coloseum Holding team is not afraid to do things differently than the industry norm. Today, it is a successful corporation built on well considered innovation, portfolio diversification and a constant search for new opportunities. The order book is available at this link

With the fall of the Iron Curtain, the world literally opened up to millions of Czechs and Slovaks. It was no different in the case of Jan Mužátko, a recent graduate from a hotel school who was captivated by the Italian passion for pizza. However, quality Italian cuisine was not available in Prague, so Mužátko decided that he would be the one to prepare pizza for Czechs with the same quality as in Italy. He needed funding for such a concept, so he started selling beers and sodas to tourists on Charles Bridge. In the mid-1990s, he opened the first ever Coloseum pizzeria in Prague’s Vodičkova Street. “I was 22 years old, and in retrospect I can see that the restaurant didn’t really work. But at such a young age you perceive it differently,” laughs Jan Mužátko today.

And in any case, failure is not a word that the owner of Coloseum Holding avoids. “What I failed at, I still build on,” he says, recalling the Jarmark chain of self-service restaurants he founded in the late 1990s. Guests could choose from quality ingredients at individual stands, which were then prepared by the chef. “It was a principle similar to what Vapiano, for example, has today. We were ahead of our time. Guests saw us as a relatively expensive concept and couldn’t appreciate that they were getting fresh food,” Mužátko recalls, adding that thanks to Jarmark he gained “experience worth a hundred million” that has translated into other successful concepts.

The only restaurant with a truck

Unlike Jarmark, the Pizza Coloseum brand has survived, and since the mid-1990s its branch network has expanded from Teplice to Ostrava. Today, 1.5 million customers pass through it annually. And other brands associated under Mužátko’s leadership have been gradually added. Today, it stands on four pillars, consisting of Pivovar Národní with its own beer brand Český lev, a catering arm with a base in Prague’s Občanská Plovárna, and now also the Caffé Pascucci café chain.

A key part of Coloseum Holding’s success is the fourth and final pillar and a brand that diners do not see when they enter restaurants – Pragogastro. The wholesale company supplies ninety percent of all Mužátko’s businesses, not only with beverages, food, and drugstore goods, but also with equipment and interiors. It also supplies events and the hockey hall in Liberec and Pardubice, where Coloseum Holding is responsible for refreshment stands. With

Pragogastro, whose truck hardly ever stops on the Czech-Italian route, Jan Mužátko has managed to build a self-contained ecosystem, thanks to which he not only has full control over all the raw materials, but also the margins.

The four pillars of Coloseum Holding also ensure that the Group can adapt quickly in the event of a brand failure. Hockey arenas are an example. “We don’t stop with our catering arm in November and December when the Christmas parties are on. Even if January and February are dead in terms of events, hockey is still going. I have always tried to diversify into different places,” says Mužátko.

Digging deeper into the roots

Jan Mužátko could in some ways be described as a gastro visionary. He never stops coming up with ideas and innovations, just as he never stops following global trends. At the same time, he is aware of his place in the market. “Our concept is not time-consuming, and in professional terms we aren’t a fine dining business either. The key concept for me is

franchising. I’m going the McDonald’s way: here are the rules, the ingredients, the suppliers and the price list,” he says.

In the future, Jan Mužátko plans to make the purchase of raw materials and the production of semi-finished products even more efficient, and at the same time he has rebuilt the Prague Civic Swimming Pool, which serves as an event facility for the entire holding. It has thus joined the ranks of Czech catering leaders with its own venue for events.

He sees the new concept of the Cafe Pascucci café chain as a major shift, with Coloseum Holding acting as master franchisee. “We’ll be combining it a lot with Pizza Coliseum. It’s about refreshing the concept of our restaurants. For example, in Prague’s Arcades we plan to have one-third café, which will be open around the clock, and one-third restaurant. This can also help us if there is another lockdown,” says Jan Mužátko, opening the topic of the problems that the coronavirus pandemic posed for the gastro industry. “Gastro literally fell on its ass, but now the only way is up. That’s the challenge,” he adds.

The stock exchange as a catalyst for success

“Within five years we want to have 25 Pizza Coloseum restaurants and up to 50 Cafe Pascucci cafés in the Czech Republic,” says Jan Mužátko, who explains the plans of Coloseum Holding. Such expansion is the reason it is entering the Start Market. “This is a unique opportunity for investors. We are the only one in the Czech Republic with so many restaurants with a single owner. Our experiences are non-transferable and unique,” he adds, reiterating that even the failures have moved the group forward.

According to Jan Mužátko, Coloseum Holding is also unique in that they operate in the opposite way to their competitors. “For example, we want our clients to pay by card. This will speed up sales because you are not returning small change and the overall work of handling cash will disappear. Compared to its competitors, Jan Mužátko’s group is also characterized by good organization and a “corporate headquarters” that makes them well prepared for expansion. “When you have good central management, it doesn’t matter if you have 10 or 20 restaurants. You have an executive director who has the chief operating officer, chief accounting officer and chief financial officer under him. In the vast majority of cases, our competition ends at number five,” concludes Jan Mužátko.

Has the business story of Coloseum appealed to you?