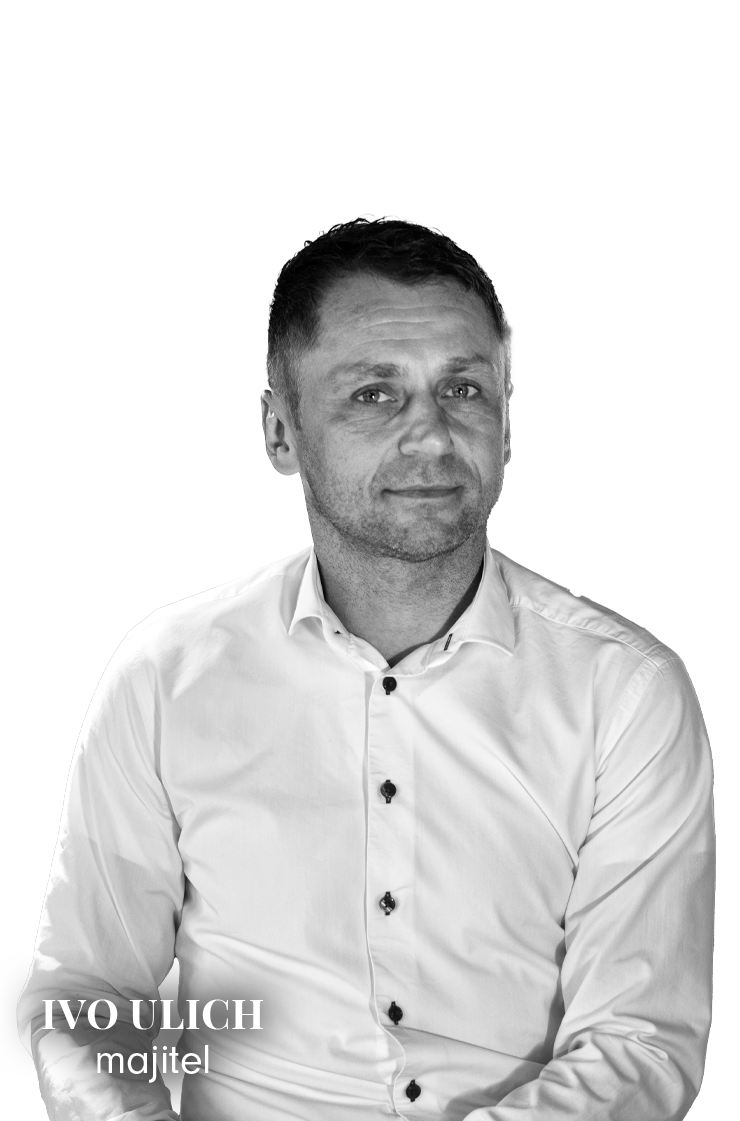 M&T: Handles from Dobruška opened the door to the whole world

The premises of the company Material & Technology impress visitors with their modern design. This is also from where design goods go out to the world. The manufactory, run by Ivo Ulich and his brothers, sells hundreds of thousands of handles a year and has more than doubled its turnover to CZK 157 million in the last six years.

The view brings to mind snippets of interesting facts from the production of Rolls-Royce cars. A robotic arm in the glass space closes and opens the door. The number 982 235/1 100 000 is lit up on the big screen. The machine is currently testing the durability and quality of the handle; it has already opened and closed the door nearly a million times with its help, with a hundred thousand cycles still to go.

Today, door hardware from Material & Technology, or M&T for short, is in use all over the world. It can withstand aggressive tropical conditions without any problems, so the company can afford to give a warranty twice as long as usual. Last year, it counted 55 countries where it delivered its products. In addition to advanced technology and materials, it is also based on a unique design, which is confirmed not only by the prestigious international Red Dot award, but also by the frequent attempts of competitors to copy it.

The best preparation is sport

M&T is also notable for being run by the three Ulich brothers, the youngest of whom, Ivo, is famous as a footballer. The other two are also athletes at heart, the eldest having achieved success on the international stage in duathlon, the middle one, in addition to football, has had success in mountain biking. “Sport is the best preparation for business and for life. One has to be resilient, one has to have will, patience, one has to withstand pressure. These are all attributes that you can definitely use in business,” says Ivo Ulich. The story of M&T story backs up his statement.

His siblings were actually attracted to the business by the middle brother Roman, who gravitated towards it right at the beginning of adulthood. Among other things, he sold doors from Poland in the Czech Republic and wanted to present them at a trade fair. Since he lacked handles, he got them from Turkey The handles were more successful at the fair than the doors themselves. This experience led Roman Ulich to the idea of supplying the market with door hardware. “I was already playing top sports at that time,. I played for Slavia, and my brother came to me that a nearby company with this assortment was going to close, so we could buy its stock, take over its customers, start buying in Turkey and start a business,” Ivo Ulich recalls. In 1997, the company Ivo Ulich – Material & Technology was founded and began to operate as a door hardware dealer.

“There was a period when I didn’t like our story very much because I had different ideas of how it would work,” says Ivo Ulich openly. Brother Roman then came up with the idea that a number of skilled people were leaving the local machine shop in Nové Město nad Metují and setting up craft companies in the area with which M&T could cooperate and start its own production. “We basically started from scratch again, but we managed to organize it relatively quickly, the suppliers made the individual components for us, we assembled and shipped them,” says Ivo Ulich. The company came up with a new custom design, offered rosette handles instead of the traditional label handles, a range that was in demand, and sales grew. In 2001, M&T’s transition to in-house production brought it to operating zero. “That was a turning point, we felt we were on the right track,” says Ivo Ulich.

Lessons from the crisis

In the following years, the company grew and was continuously addressing the need for more and more space, until in 2005 the brothers met in Japan, where Ivo Ulich had a football engagement, and agreed that they needed to build their own factory complex. The opportunity arose in Dobruška, where a horticulture farm in a suitable location was wrapping up. “We started to buy up land, but then the financial crisis intervened,” Ivo Ulich recalls. In 2008, M&T achieved sales of approximately CZK 75 million, but then came years of decline caused by the economic recession and mainly the slump in the construction industry.

But the crisis taught the Ulich brothers a lot. They found that it was better to build on a wider range of products and not rely overwhelmingly on the domestic market. “We learned that larger projects require cheaper products, so we added new models and included stainless steel among the materials in addition to premium brass. At the same time, we expanded our portfolio to include window handles, stops and handles for sliding doors. We gradually invested in all this and postponed the project in Dobruška indefinitely,” says Ivo Ulich.

The company only returned to the plan as the global financial crisis was fading. Construction began in December 2013, and by January 2015 M&T had already moved into a design-driven facility with an office building, warehouses and production facilities including an advanced electroplating line for surface treatment. “That was another milestone. The new facility has also helped us in the eyes of our customers who come to us for training. We wanted them to see that we do beautiful things in a beautiful environment. You simply can’t make these in an old cowshed, everything has to fit together like a puzzle,” says Ivo Ulich

Beautiful things are clearly happening to M&T. The main designer is Roman Ulich, but he also collaborates with other designers. Between 2000 and 2005, the Burak handle became the top seller, the Entero model was very successful and widely copied, and the Minimal/Maximal model was also among the top sellers. For this, the company won the aforementioned Red Dot award, which gave it a lot of exposure in the world and demonstrated that top-quality handles do not come only from Italian or German manufacturers. The current portfolio already includes around 40 model series of handles in various finishes. “With a few exceptions, we still have all of the ones that were designed on offer today and they are still selling,” says Ivo Ulich. M&T defends itself against frequent copying with registered designs and patents, of which it has about 150.

The Ulich brothers’ handles have been finding foreign buyers here and there since the inception, but the company began to focus more thoroughly on foreign markets after the financial crisis and has been most active in this for the last three years. It still accounts for 85 per cent of turnover in the Czech Republic, but it is already represented in 20 countries and has outlets in others. “We are currently able to deliver anywhere in the world,” says Ivo Ulich. M&T handles are opening doors in Israel, Lebanon, Brazil, the Maldives, the Seychelles and Mauritius. In the Czech Republic, the most famous project equipped from the Dobruška manufactory is

probably the Prague PPF Gate, its products are also used, for example, in the DRN palace at Národní or in Špork Palace.

Last year, M&T made CZK 157 million. The company produces around 120,000 pairs of handles annually, which account for two-thirds of its turnover. The rest are invisible door frames, magnetic door closing systems, door stops or window handles. For the next five years, the company with fifty employees has a relatively conservative plan and wants to reach sales of CZK 200 million. Since the construction of the Dobruška site, the company has tried a number of financing methods, ranging from restrained banks to very flexible but more expensive capital from private investors to bonds. It has now decided to raise additional funds on the Prague Stock Exchange. “I see all the pluses in it. This is another milestone in our twenty-five year history. Listing on the stock exchange is not only a matter of prestige, but it is also a sign of transparency and solidity, there is a great marketing value in it, because we bring our story closer. Our employees will get the opportunity to invest. Above all, we will obtain capital cheaper than from bonds, which we will be able to pay, and at the same time we will create a reserve for further development,” calculates Ivo Ulich.

issue was oversubscribed by 97% at the chosen price. Trading in the company’s shares will commence on June 27, 2022, at a subscription price of CZK 30,000 and a minimum order of 2 units.

Has the business story of M&T appealed to you?