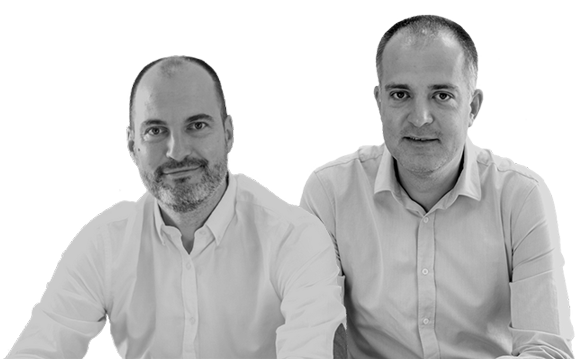 In the late 90s the Kasa brothers were the pioneers of Czech e-commerce and built one of the largest e-shops back then. Later, they sensed the opportunity in a lucrative but conservative and fragmented healthcare sector, and Pilulka.cz was born. After seven years, it includes not only an e-shop but also a network of more than 150 brick-and-mortar branches. Sales have reached billions of CZK, and Pilulka is heading to its fourth foreign market.

It was a time when having the Internet at work was far from standard, and only some people had a dial-up connection at home. However, in the late 90s, brothers Petr and Martin Kasa felt there was a chance in e-commerce and set up an e-shop bearing their name. Over the next decade, they developed it into a company with a turnover of about CZK 1.5 billion. Eventually, they sold their business to new owners.

‍
However, the pioneers of Czech e-commerce could not remain inactive for a long time. In 2013, they launched a new project that offers everything for healthcare and active lifestyle. This year, their brick-and-mortar and on-line pharmacies are aiming for a turnover of CZK 3 billion, and after Slovakia and Romania they are going to expand to another foreign market. The amount of capital that Pilulka.cz plans to raise through the PSE, the first e-commerce company to do so, should help to facilitate those plans.

Drugs are not the main part of our business

Both Martin and Petr studied at the Czech Technical University and were fond of computer programming. In 1999, when people had a limited Internet access, the Kasa brothers opened an Internet café in Kobylisy, Prague. People came here and got online for a few CZK. They could have also bought computer accessories such as ink cartridges, data cables and disks here. “One day it occurred to us that in addition to selling these products physically, we could also offer them over the Internet,” recalls Martin Kasa.

As early as 1996, Petr, the older of the two brothers, bought the Kasa.cz domain, so they gave their online store their own name. The company gradually expanded its offer from electronics to other consumer goods and grew into one of the leading Czech e-shops. While Martin worked full-time in an executive role there, Petr gained managerial experience at GS mobil and Nokia. At the end of the first decade of 21st century, Martin and Petr decided to sell their business to new partners who joined the company earlier and became majority shareholders. As a result, Kasa.cz was taken over by HP Tronic.

We noticed that more and more people were interested in their healthcare and prevention.

For some time, both Martin and Petr were engaged in various small projects, usually start-ups. But it didn’t take long before they started thinking about building something big again. The Kasa brothers fancied the pharmacy sector which seemed to be an extremely interesting growing field with many highly prosperous companies, but also very conservative, with a little use of technology and modern tools. According to Petr Kasa, unlike other market segments, the customer was mostly dependent on what their doctor or pharmacist recommended. Nevertheless, they observed a growing trend of people taking an active care of their health and prevention.

So Pilulka.cz entered the market. “Our philosophy is to look at healthcare through the eyes of our customers, which is basically something no one has done before. The whole market was created in separate independent bubbles. There were pharmacies in outpatient clinics that dispensed prescription drugs, then there were pharmacies in shopping centres that were more commercial, retailers of medical devices, fitness centres with vitamins and proteins, companies caring for mothers and children and sellers of dental supplies. We combined these segments into one platform and said: Pilulka.cz means a healthy active life; that is our corporate DNA,” says Petr Kasa. However, he emphasizes that the company does not make money by selling “pills”. The company earnings come mainly from its ability to connect supply with demand, provide good logistics and take care of its customers.

We´ve got our own websites, pharmacies, applications, and delivery vehicles, however, above all of these we have our own information systems that connect everything. This is our key product. Not medicines, vitamin supplements, or wheelchairs.

The Kasa brothers quickly understood that it made sense to offer several distribution channels for products that customers wanted, and two years after the launch of the Pilulka.cz e-shop, they opened their first brick-and-mortar shop. “People are generally happy to see brands present in the physical world. When they pass a pharmacy with our logo every day, their connection to our brand is stronger. Secondly, if you have a brick-and-mortar shop, you are far more trustworthy for a lot of suppliers. And thirdly, there is the indisputable role of the pharmacist. If a customer has a problem and needs some advice, it is more complicated to provide it online,” explains Petr Kasa. Today, Piluka.cz has 31 brick-and-mortar pharmacies which account for about 30 per cent of its turnover. In addition, the partner franchise network has grown rapidly, so the entire chain now numbers over 150 pharmacies with a pink logo.

The company’s sales have been growing at a double-digit rate since the beginning. This year, the coronavirus crisis also helped, highlighting the benefits of e-commerce. However, its long-term growth is based on strengthening its presence on the current markets and on the expansion to foreign markets. The company is expanding its distribution channels as well as its product range which today includes 35,000 products from Aspirin tablets to sports equipment. Right after it started, Pilulka went into the Slovak market, in 2018 it entered Romania, and soon it would like to add Hungary.

Bet on us, but leave us free hands

In the first half of this year, Pilulka.cz reported a gross operating profit for the first time, i.e. after seven years. “This is a consolidated number. If we took adjusted results only for the Czech Republic, we would have already had a positive EBITDA for a while, however, new markets affect an existing profit. It takes about four to five years to get into the black once the company enters a new market,” explains Petr Kasa. Then he adds that especially in Romania this type of business is still developing. However, on the other hand, this leads to a very promising future as Romania is one of a few countries where e-commerce has the fastest growth rate.

To date, the expansion has mainly been financed by the main shareholders of Pilulka.cz, including the Kasa brothers with 47 percent share and WOOD & Company holding 31 per cent of the company. The remaining 22 per cent is owned by the company’s other co-founders.

The company has big plans that require additional capital. “One of the scenarios was an entry of a strategic investor. The Kasa brothers found this option problematic as the strategic investor´s intention could have been orientated towards a co-management of the company. Therefore, the Kasa brothers decided to prefer investors who see Pilulka.cz as a well-run company with a clear vision and give its management a freedom, so they can make from it a regional leader. Therefore, an ideal choice seemed to be the Prague Stock Exchange,” says Martin Kasa. The current shareholders are looking to issue new shares representing from 15 to 20 per cent of the company and they are hoping to raise between CZK 100 and 200 million of new capital.

Overview of subscriptions through the START market

Czech online pharmacy leader and operator of the Pilulka.cz pharmacy network has acquired a 10% minority stake in the growing startup Blocks. Together they plan to build Blocks locker kiosks in Central and Eastern Europe.

The market value of the Pilulka company exceeded EUR100 million

Has the business story of Pilulka.cz appealed to you?